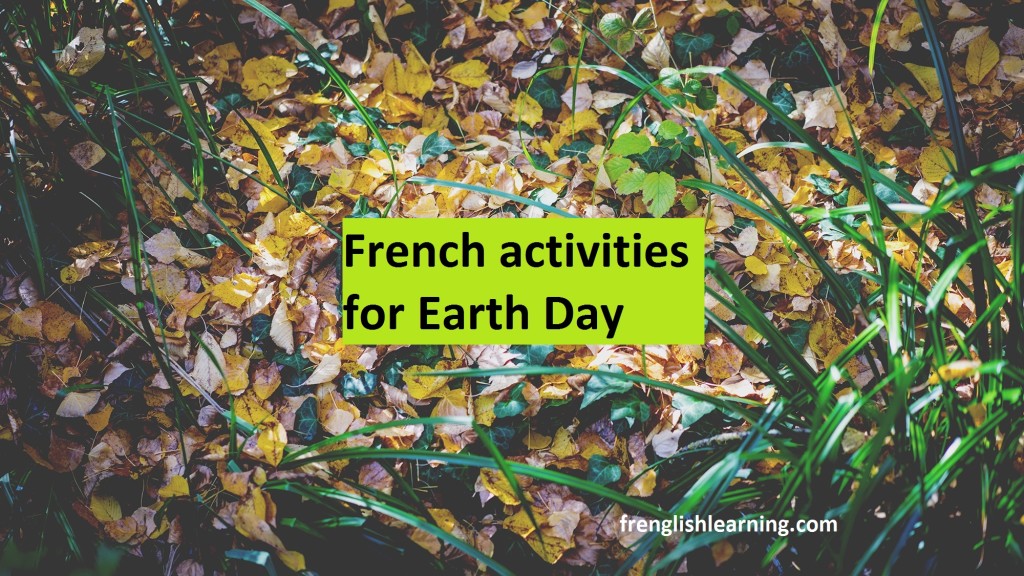 Spring is so busy!  We spent a month in San Diego, California and I feel like I’ve been scrambling ever since we got home.  We’ve been changing up our French routine a bit (for the better, I think), and I plan to write more about that later.  This week, since it’s time sensitive, I thought I’d focus on Earth Day.

One of our French club moms suggested Earth Day as a theme for this week’s French Club.  Eco Apprentis is a web site with a lot of in-depth lesson plans for Earth Day in both English and French.  I have used some of their ideas in the past, and they worked really well.  This year, since I was planning the night before for a wide range of ages and fluency, I decided to keep it a bit simpler.

We started outside with a game.  The children worked in partners.  One child was blindfolded and led by their partner to one of the trees in the forest in our backyard.  The blindfolded child touched (hugged) the tree, trying to memorize its shape.  They then tried to find it again after being led back to the beginning and having their blindfold removed.  The idea for this game came from here:  http://wilderdom.com/games/descriptions/HugATree.html

I used Melanie Walsh’s book 10 idées écolos pour sauver ma planète as a discussion starter.  Each page of this book has a practical idea for what kids can do to save the environment.  The first page shows the hook for the idea and then the next page explains, like this example: 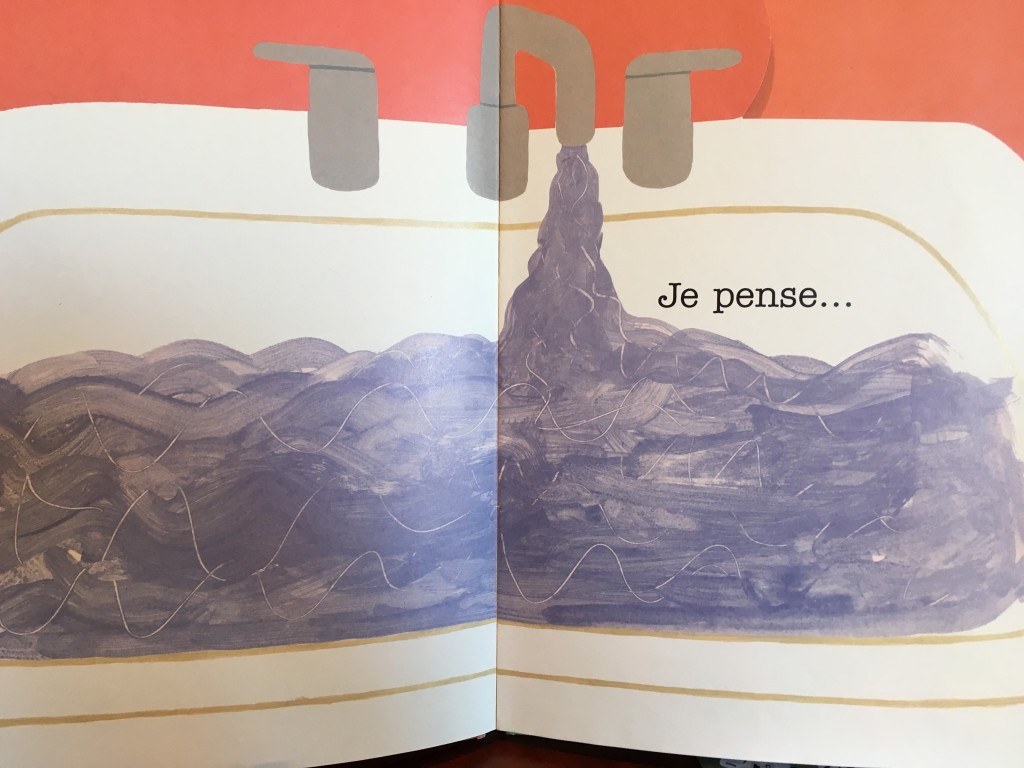 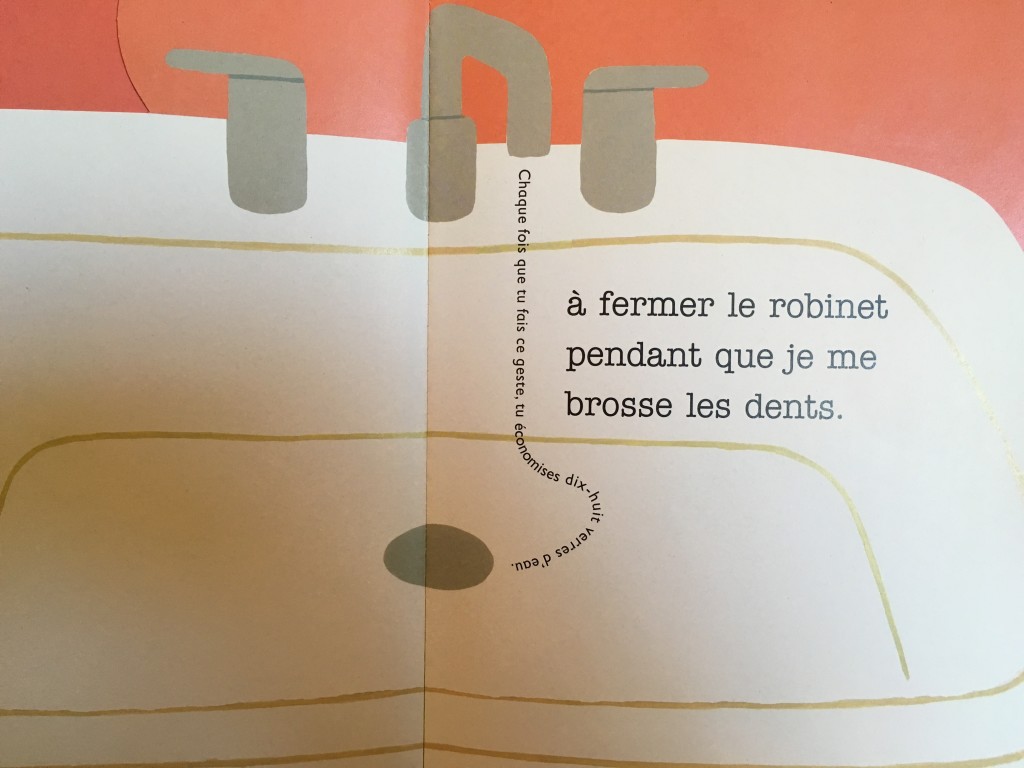 I read the first page, had the kids guess and talk about what they thought was coming next, and then read the next page.  The ideas were simple and fairly obvious for kids who have learned about the environment before, but they were perfect to get the kids talking.  I highly recommend the book.  Unfortunately, neither Amazon nor Indigo have it in stock right now, but maybe you’ll be lucky enough to find it at your local library?

I had set up a white board ahead of time by dividing it into three sections:  Compost, Recyclage, and Poubelle.  Each child took a turn drawing something that would go into one of these categories while the rest of the group named what they were drawing.

I used two of the games in the pdf file.  The first was Earth Day-themed Dominos.  I printed out the cards, cut them out, and the kids played Dominos with them in the regular way.  Instead of matching up numbers, they matched up words/pictures related to Earth Day.  If you decide to use these, I would suggest printing the vocabulary sheet included in the file because it wasn’t obvious in some cases what the picture actually was, and some things could be a match for more than one thing.  For example, we incorrectly matched the ocean picture with the “water” word before we later pulled the word “ocean” out of the pile.  As a result, the game was a bit frustrating.

The second game was better received.  It was called “trouvé” in the file, and apparently is like the game Spot it.  The kids really enjoyed spotting and naming the matching objects on the cards.