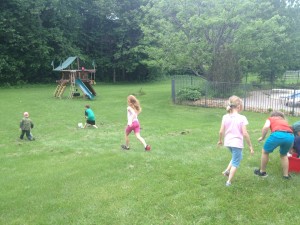 Clouds were the theme at our French club this week. We started off with a relay race. I split the kids into 2 teams of 4 children. Each team had 4 styrofoam cups that I had decorated with hand-drawn & labelled pictures of “les nuages” the night before. Ball-point pen writes really nicely on Styrofoam. I poked tiny holes in the bottoms of some of the cups to make it “rain”.

At one end of the course was a huge bucket full of water. At the other end were two empty containers. To start the race, the first child from each team filled their cup with water from the bucket and ran to their container to dump it in. A few seconds later, the second kids from each time went, then the third.   When the first child came back, they passed their cup to the 4th child, and the cups kept rotating. Effectively, at any one time, there were 3 kids running from each time and one child getting a 5-10 second rest before getting a cup passed to them. The first team to fill their bucket won. They LOVED this game and it burned off a lot of energy before story time. 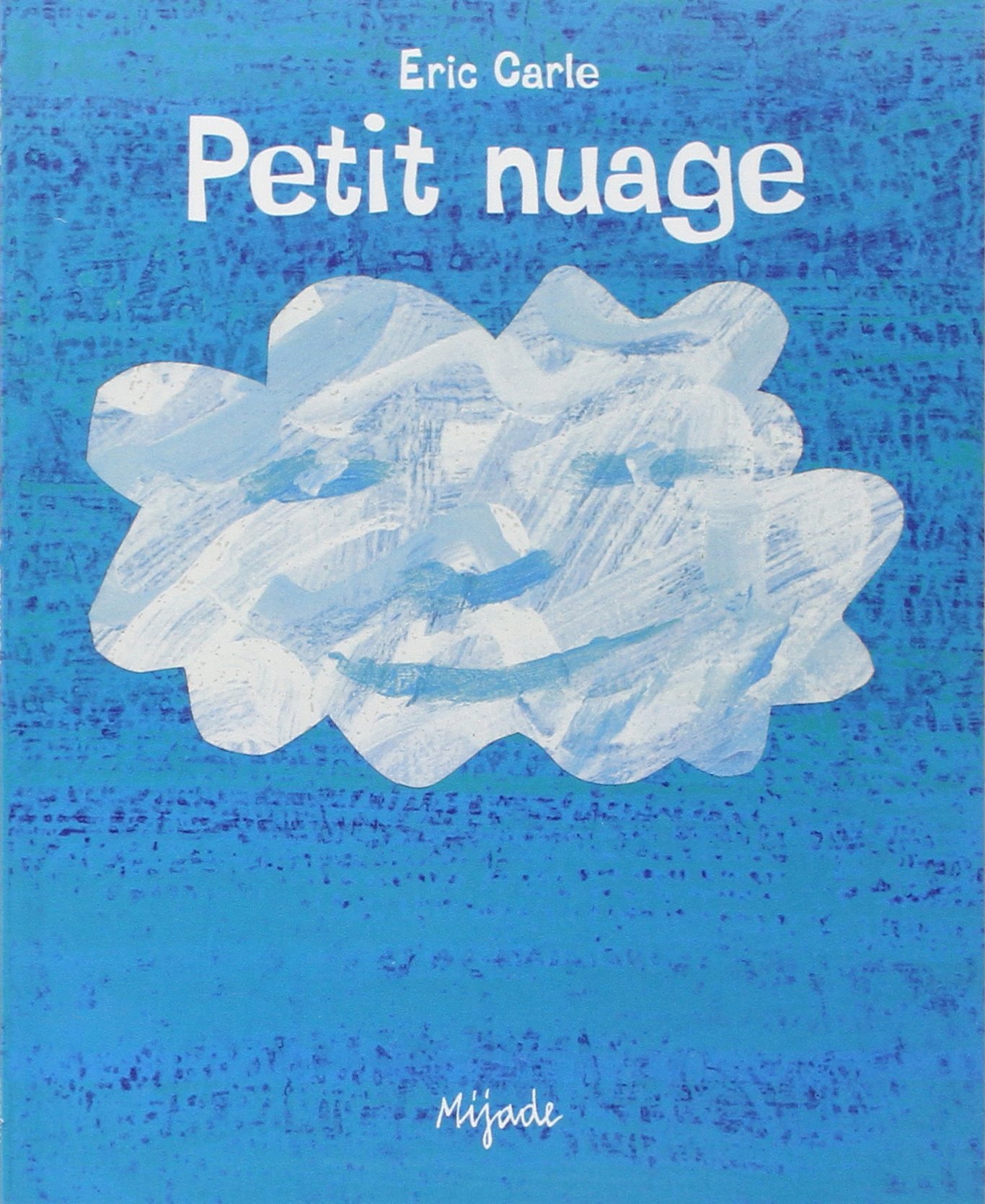 Petit Nuage by Eric Carle is a fun book about a little cloud that changes shape. A few of the kids had heard the story in English before but they still enjoyed hearing it again.

After the story came a short discussion based on this lesson from EcoKids (French version is here and English version is here). This lesson has a ton of activities that you could do. We certainly didn’t do them all as I thought some of it was too detailed for our purposes. 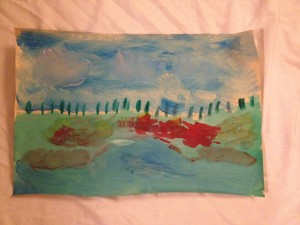 Next came cloud art. I spoke to the kids about how clouds have inspired artists for ages. I then showed them pictures of paintings by Claude Monet and John Constable. I used library books for this, but you could also find a bunch online (Google images John Constable clouds or images Claude Monet clouds). Some of the kids used these as inspiration and others took a completely different direction like General Grievous as a cloud. 🙂

We had popcorn clouds (aka popcorn balls) as a snack, and then finished up with cloud hockey. A cotton ball “cloud” was put in the middle of the table and the kids used straws to blow it off the side, scoring a point when they were successful at getting past the other team. If I had to do this again, I would use a much bigger table as the cotton ball was coming off the table every 5 seconds. Also beware that kids don’t really know how to blow without spitting so I was constantly wiping up saliva with a baby wipe. Ew.

Overall, we had a great time and the kids came away with some new vocabulary. Mission accomplished!