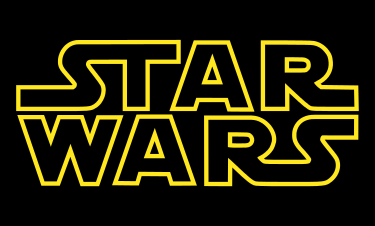 Ok, so “May the 4th” be with you doesn’t exactly translate, but we pretended it did and made it the theme for our French Club today.

We started with presentations.  At home ahead of time, each child prepared a 1-5 minute presentation on the Star Wars character of their choice.  My daughter (age 10) chose Rey, and she prepared her PowerPoint slides with text and images basically on her own.  I had to show her how to get French accents on the keyboard and correct a few le/la’s but that was it.  Yay!

My son (age 9) chose Kylo Ren.  He told me what he wanted to say in his presentation, and chose the images he wanted to use.  I put the slides together for him, and suggested he include a short video clip when he was talking about Kylo Ren’s temper tantrums.  He thought that was a great idea, so we found an appropriate 30 second clip in about 3 seconds on Youtube.

While the group was together, they each presented their information.  All the kids seemed to enjoy this part of the day quite a bit.

A few years ago, we acted out some scenes from The Empire Strikes Back and Return of the Jedi.  You can find the scripts I put together for those in this post. This time around, I chose a few scenes from the Force Awakens for the kids to dramatize.

We watched the first scene together as a group.  Then I distributed the scripts and had the children take turns playing the various parts.  Once they had seen the scene several times, we moved on to the next one.  There were 3 scenes all together.

You can download the scripts I made by clicking on the image below: 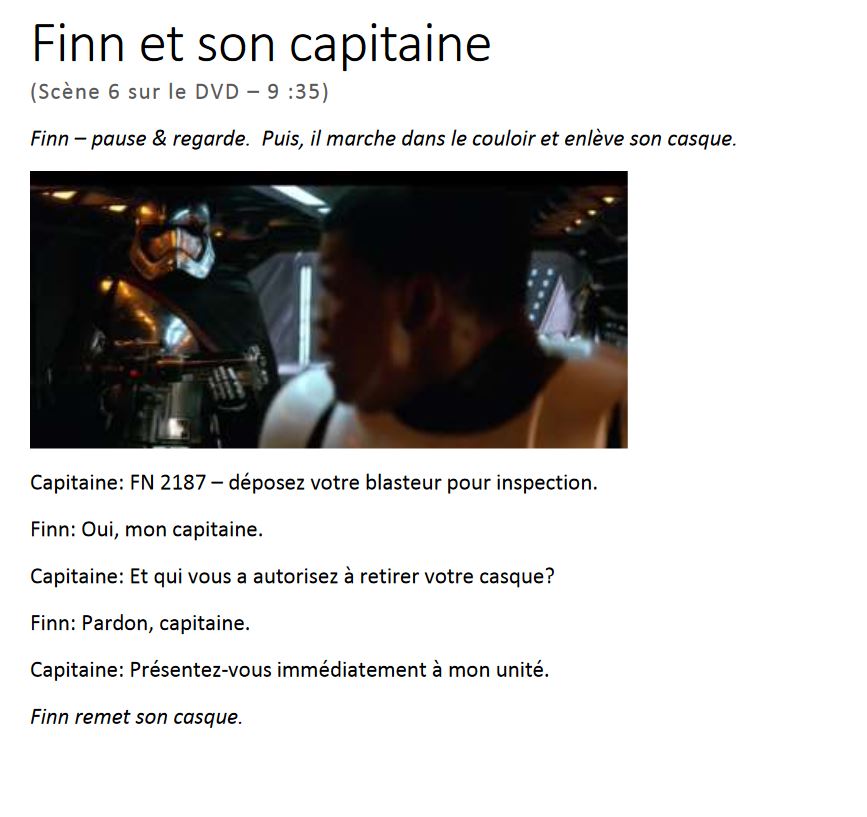 These were hard for the kids who aren’t as fluent – even when they were playing the parts with fewer lines.  I think they felt a bit self-conscious having to use unfamiliar vocabulary on the fly.   The kids who are reasonably fluent enjoyed the exercise – when they weren’t fighting over which parts they were going to play.  Sigh.

I do plan on repeating these scripts a few more times with my own two children so that we can incorporate more expression into the lines and give them a better feel for the dialog.

I had hoped to wrap-up our meeting with some Star Wars board games to be played in French, but we didn’t have any on hand that were good for language development.  As it turned out, the other activities were more than enough to fill the 1-1.5 hours we met anyway.

This wasn’t part of our French club, but I’ve noticed that one of the ways that seems to help my kids put vocabulary together is to copy full sentences.  To that end, a few years back, I put together a whole bunch of quotes from Episodes 4-6 and put them together in one pdf file.  Each quote has a screen shot from the movie to go with it.  My son hates writing, but he will tolerate these – because they are Star Wars related.  The vocabulary does stick with him, which is of course the best part.

I made another set for him to copy for Episode 7.  This will probably be the last set that I make for him because he’s probably going to be ready to move on to dictée (spelling phrases) work soon.  Not to mention that it took me forever!

If you are reading this in your email, the special link at the bottom of the message that takes you to the free items for subscribers contains both sets of copy work plus some other items.  If you’re not a subscriber, please feel free to become one by using the sidebar on the right or at the bottom of this post.  You’ll then have access to the copy work and other items as well.

Watching the movies in French 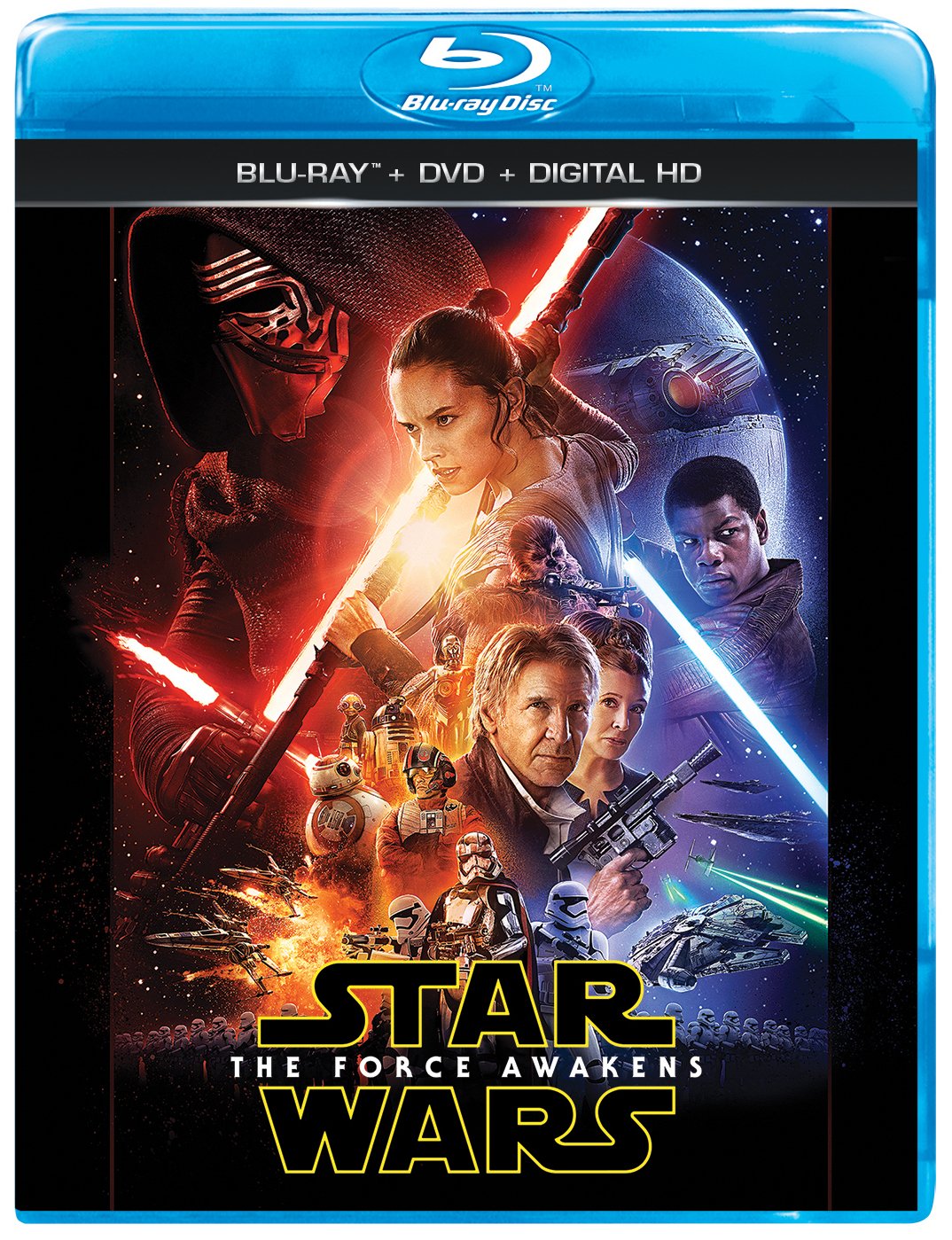 The plan for tomorrow evening after supper is to watch one movie in French.  If you own the movies in English, you may have the French versions and not even know it.  Check the back cover fine print and see if French is listed as one of the languages.  If you’re looking for The Force Awakens, you can find it on Amazon here.

If you’re worried about the dialog going too fast to catch, you may want to try turning on the French sub-titles while you’re watching in French.  I find it helpful to have the reading input at the same time as hearing the dialog.  One word of warning on this for The Force Awakens though… On the version I got, the sub-titles don’t actually match what they are saying.  Sure, they mean basically the same thing, but the words are different.  I found this incredibly annoying, so I shut them off.

We watched The Force Awakens in French recently so on deck for tomorrow is Return of the Jedi.

May the 4th be with you!