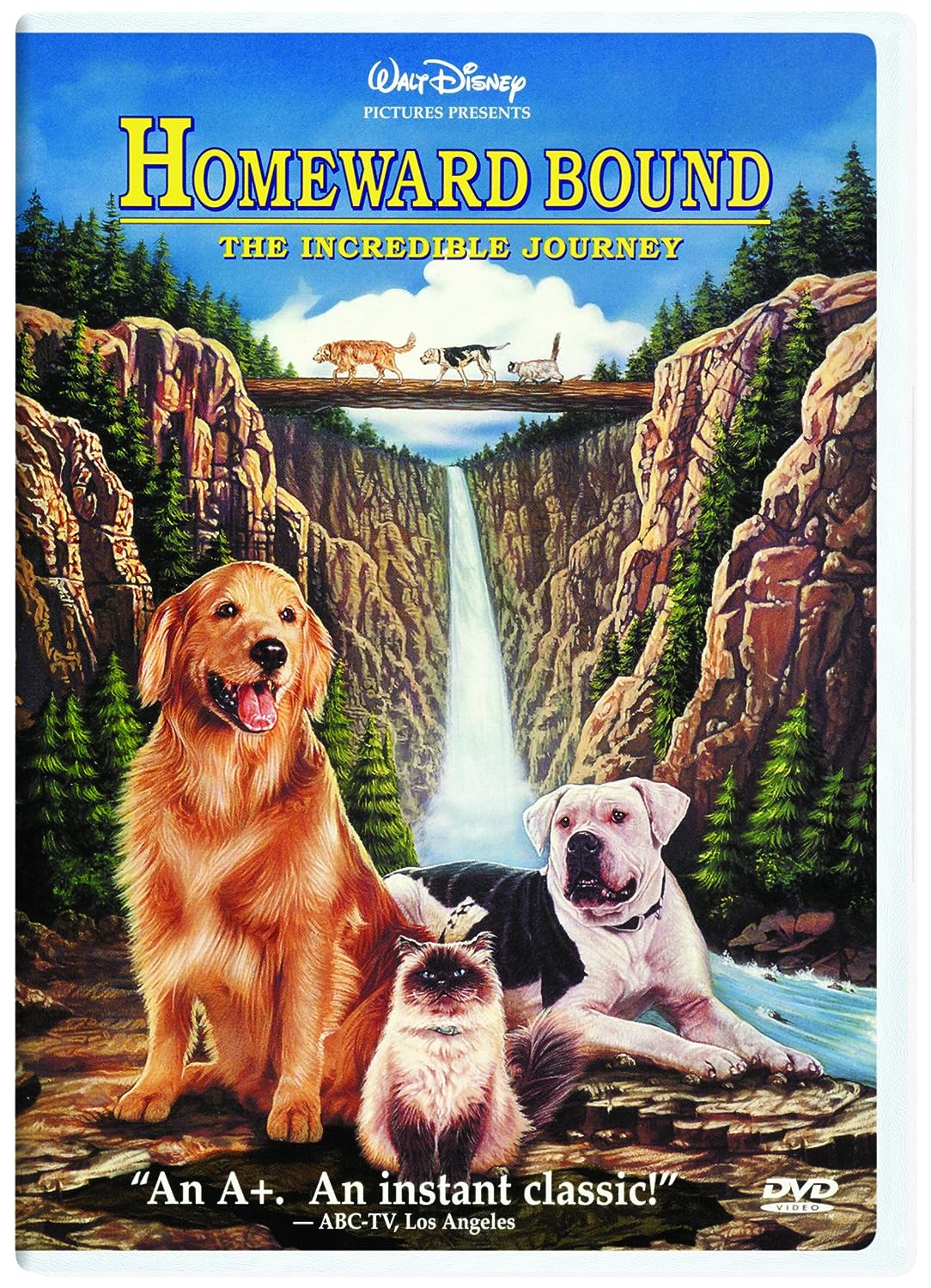 I hadn’t planned on posting today because it’s Thanksgiving where I live, but we just finished watching a really fun movie on the weekend.  It’s called Homeward Bound – The Incredible Journey.  I found it on DVD at the library when searching for items to go with our cats & dogs unit, but you can also stream it on Netflix in both English and French.  Yay!

Both of my kids absolutely loved this movie, and honestly so did I.  It’s about a cat and two dogs who are making their way home.  Their family moved to the city temporarily and left them in the care of a friend.  The animals didn’t understand that their family was coming back, so they escape to make their way home.  The movie is G-rated with no objectionable content.  There is a scene that’s a bit intense when the cat falls into the river, but she survives (it doesn’t spoil the movie to know that ahead of time!).

We watched the movie in French.  The dialog is pretty quick, so I know my kids missed some things at the start.  I had to pause the movie and explain that the family was moving temporarily etc. at the beginning because I knew they had said it so quickly that the kids missed it. However, once the journey began, there were enough visual cues to be able to know what’s going on.  The kids were laughing in the right places and my daughter exclaimed at one point, “She just called him a pickle!” (which was, in fact, what the cat had just said!).

If this movie isn’t on Netflix in your country (or you don’t have Netflix), and your library doesn’t carry it, you can find it on Amazon.ca here.  It’s on Amazon.com as well, but English only with no French audio.

Apparently there is a sequel – Homeward Bound 2 – also available on Netflix in English & French.  We may just check that out.

Have a great week!